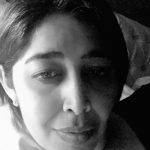 Never, in all the time that I cared for my patients receiving ablative chemotherapy, was I so attuned to their particular misery, as I have just had the opportunity  to acquaint myself with in the last several days. Today started on a high note. I felt great when I woke up this morning. In fact, the first time I was aware of myself after I closed my eyes last night, was when I woke this morning. I have a need to explain the pleasure I derived from this amazing experience last night.

Good sleep is a singular treasure, one which you deeply and truly appreciate only after you’ve had the misfortune of sleeping fitfully or not at all for long enough that you shout, “enough already!”.  I suddenly have a better appreciation for people who are constantly distressed due to insomnia.  In the last few years, I’ve rarely slept well and in fact don’t remember feeling refreshed in the mornings for many months now, but being on steroids, gives sleeplessness new meaning. Frequently, I’m reminded that we only appreciate something when there is a lack of it (light and darkness, for example). I feel like I’ve just been involved in a brutal experiment to allow me to see this fact more clearly.  For the first 5 days of the chemo cycle, I was taking massive doses of steroids, which made me restless, grouchy, emotional, and incapable of sleep.  In addition to that, the cocktail of toxins that I consumed were playing all kinds of havoc on me. Trying to sleep these last few days was like trying to sleep on a heavy metal concert stage where the audience hated the music and pummelled the stage with anything they could get their hands on. It was tortuous. I could feel my husband softly breathing beside me, deep in restful sleep but all was chaos and misery just inches away on my side of the bed. I tried to pace the floor but I felt too weak; I tried calming myself down by breathing but my heart was racing and pounding so that I ended up constantly measuring my pulse, I read lengthy journal articles about steroids, played 2048 on my phone, under the covers, went to the washroom a gazillion times, cried quiet tears of anguish and pain, slept fitfully for 30 min at a time and finally…It was morning and I was exhausted from the effort of trying to sleep! ( I feel like we are missing a grammatical exclamation mark in the English language that expresses anguish and despair. The ‘!’ is so ill equipped to end the sentence in a statement such as the one I just made. 💡Note to self, to work on this at some point). Clearly, after 7 days of this unfolding of sleep time events, 6 hrs of sleep, where I didn’t know I even existed, was the highest gift I could have had bestowed upon me. Now you see why I woke up on a high note this morning!

Sleeplessness was one part of a mini-series of battles I fought over the last several days.  5 days in, I was sure what I felt was exactly as if a bomb had been dropped and detonated inside my body, in the area of maximum impact and reach. The day of the bombing (chemo cocktail) was mostly uneventful. I had some heart rhythm problems from the medication given to avoid a reaction to one of the cocktial of drugs I was going to get, got super sleepy, had a headache and fleeting congestion, felt exhausted from the long day, but that was it- uneventful. Slept fitfully when I got home and the next day it felt like my system was too full-overloaded. My little old heart pounded in my chest as if  someone was after it, threatening its existence and it was shaking the prison bars to get free fast!  My weight shot up 4 lbs from the previous day and to my knowledge I’d consumed no more than 500 cal the previous day! I had a headache to match the pounding of my heart and I was ready for fight or flight. Then late in the afternoon all dams suddenly broke loose and after the nth visit to the ladies room that evening, I had rid myself of 4lbs of fluid that had built up inside me. What a relief! The headache loosened its grip slightly and the heart finally lost its grip on the delusion that someone was after its life.

Just as I was starting to think the worst had passed me by, my mental faculties suddenly decided to take a vacay. This is the part where steroids suck any lexicon of rational thought you may have, right out of you, in case you try to be yourself while consuming tragic amounts of the stuff. I had a M-A-J-O-R emotional breakdown over something my husband said, which on any normal day would not even have caught my attention. It was as if he had been secretly nudged and queued by the dark steroid invaders to say something, anything, that would push me over the edge. I cried like a baby, quite literally and loudly, with a feeling of despair so great that I thought I was literally going to break in half or at the very least, dissolve into this great misery that was absolutely trying to swallow me up. In that moment (or collection of moments) I felt like life was over and this thing was going to swallow me up; there was no escaping it and no one understood how I felt. I was so far down in that dark well that no light approached me. No amount of hugging and loving it better, made it better. I was gone from the real world. I kept feeling this rage bubble up inside me, wanting to throw things at the wall, alternating with deep despair. I just couldn’t climb out of these feelings and to make matters worse, I was doubled over in pain that felt like someone drove a sharp object through my abdomen and clear through my back. It was so intense that I was crying at once from both the physical pain and the emotional well I had fallen into. I had to ask my daughter to bring me some food so I could buffer the pains I was feeling from the steroids attacking my belly.  That did improve pain long enough for nausea to take over. I felt like someone maliciously threw me onto an old rickety roller coaster, which made me pass through the valley of depression, the whirlpool of nausea, and then jerked around on its old joints so hard that it made everything in my body ache from my head, down to my toes.

It was at about this time, when my immune system decided it had been out of this exciting adventure far too long and jumped in head first to again make it’s motives known- enter joint pain. Not everyone is aware that I’ve had rheumatoid arthritis (RA) for over 10 years now and have been on injectible biologic agents and a low dose chemotherapy drug for 10 or so years. For the most part, I’ve been lucky with my RA, it’s been well controlled and my joints have been spared any damage in all those years. That the RA itself or the drugs to control it, may have had some hand in developing lymphoma and putting me in my current predicament, is another story, one which I may have to eventually put down to paper. For now, it suffices to say, the ugly face of RA decided to rear its head, now that it found itself overshadowed by the lymphoma mafia. Every joint hurt to a debilitating degree and no amount of pain medication popping and ointment rubbing was going to make it stop. In the end, I spent 2+ days in excruciating pain, while I passed through the valley of depression and the whirlpool of nausea… not fun at all. It took the daring right out of me, if it wasn’t already gone many years ago when I decided the thought of roller coasters produced the opposite of ‘thrill ‘ in me.

Then, just as I thought I was at my worst, the toxic sludge decided to shake up my insides, just to make sure it had done its job at the point of touch down and I started running to the ladies room for a whole other reason than before. After I emerged, I was so spent that I thought I was going to pass out in the space of time it took me to wash my hands! I had discovered the next phase of the roller coaster ride, the one where you go through the dark tunnel, where life like skeletal appendages reach out to touch you and for a quick second you see their red lit eyes in the darkness, then everything goes dark, and suddenly you are through the tunnel and light is here again, only to face some other horror on the ride.  Twice, I had the blackness come over me and luckily, I got to a sitting position before it knocked me off my feet. I am so grateful for that, I cannot even form words to express it. I would be horrified if I actually passed out because I know just how awfully upsetting it would be for whomever in my family had the misfortune of finding me in that state.

Here I want to take a pause and reflect on a phenomenon my patients always told me about but I never truly understood: chemo brain. So, there is this foggy quality to your brain, when you experience chemo and initially (1st couple days out) it was just misplacing words and using the wrong word for things, calling Netflix, Pinterest and so forth, then I descended into stranger territory. My mind was no longer minding itself, I wasn’t just not connecting dots, there were no dots left to connect! I was not thinking about why I was having certain symptoms and how I might counteract or ease them. Normally my oncology nurse brain is in full swing, but here when I needed it for myself, it was suddenly out on leave! What I would have known on auto pilot (that I needed to hydrate, get electrolytes stabilized and eat bland foods to soothe my worn out gut) was suddenly a fact that I had complete amnesia on. I was shocked when I finally found this knowledge suddenly appear to me in a moment of clarity. Shocked, that I hadn’t thought of it over 2+ days of feeling rotten and nearly blacking out twice. But this was a manifestation of the brain fog induced by chemotherapy and I finally understood it.

Now, a week after my first chemo infusion, I finally feel a little like myself; weak, fatigued, a little light-headed, slightly nauseated, with lingering joint pains and a pain in the joint of my jaw that won’t quit, but myself. I am hopeful, the remaining 2 weeks till my next chemo infusion will be uneventful and the cycle will not repeat itself with quite the same intensity as this one.  I expect there will be other adventures and insights to be gained in coming months. I’m content with the knowledge that through this past week I got to feel a little closer to the experience my patients were having. Though I empathized with them, I never walked in their shoes before but now I understand it just a little more from the insider’s view point…In case I forget to say it later, I’m grateful for everything that is to come. I know there is a good reason and a grand scheme. I believe it with all my heart. 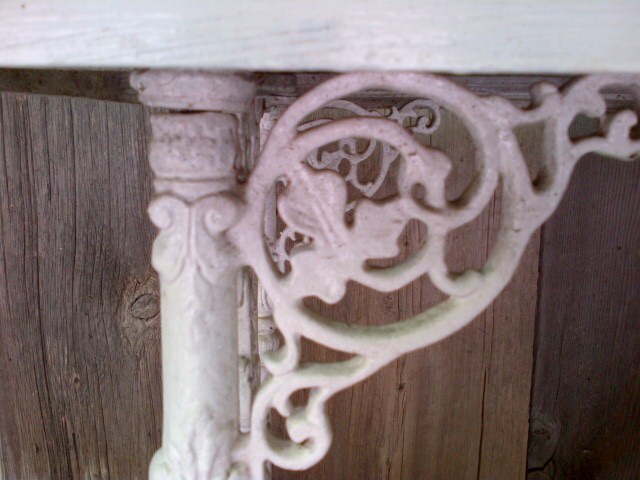